Small vs Large Loads of Laundry: Which is Better for a Washing Machine? 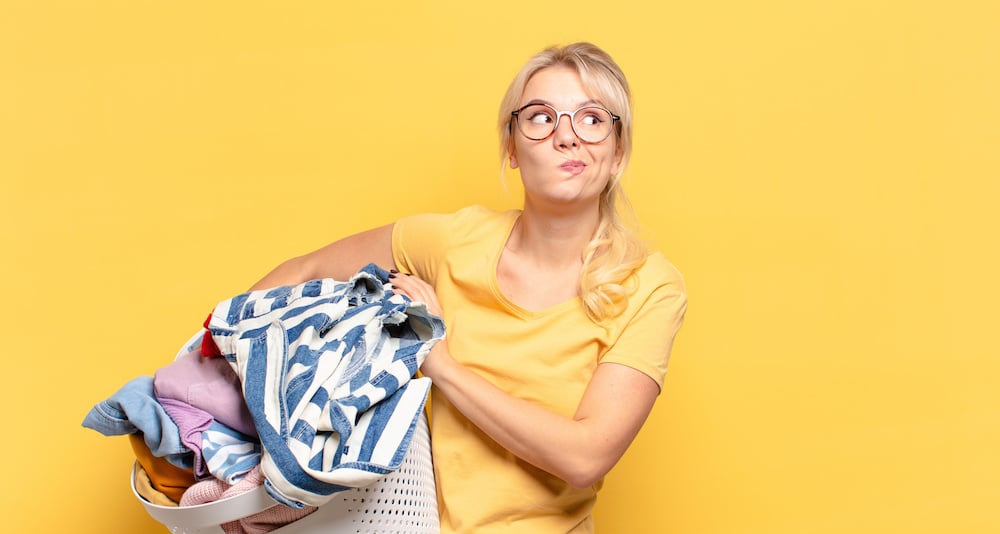 Let’s face it, no one likes doing laundry. So, we tend to take one of two approaches to washing clothing and linens: letting it build up and then stuffing the washer to get it done all at once; or, washing frequently so that folding and hanging is less of a chore. Here’s the deal: neither option is ideal. In this blog, we’ll take a look at why load size is so important.

Washing machines are built to provide years of service, but overloading your washer with clothes, towels, and bedding could cut its life short. Many of us have an “if it fits…” mentality, however overstuffing the washing puts the motor and tub bearings under too much stress, which could throw the spinning drum out of alignment. In the worst-case scenario, clothes may get lodged between the door seal and the inner drum of the machine, damaging both the drum and your clothes.

That’s not all. By overloading the washer, your clothing will not come out as clean. Overloading limits the movement of the clothes, and movement is what “shakes” the dirt and grime from clothing. In addition, an overloaded wash won’t disperse the detergent properly. Detergent is a surfactant, reducing surface tension on clothing which increases its spreading and wetting properties. Detergent in an overstuffed load won’t be able to penetrate the fabric evenly, so dirt, grime, and germs remain trapped in the clothing. In addition, some stains will be targeted while others will remain untouched. Uneven washing can also make your linens look splotchy, and leave detergent residue on some items.

Additionally, underloading can actually result in the washer being unable to spin because there is “not enough weight” in the drum. When the washer doesn’t spin and drain and the cycle is finished, what you’re left with is clothing drenched in a swamp of dirty water.

Another argument against underloading? You’ll be wasting energy by using the washing machine more frequently, and if you still fill the detergent cup up as you would a normal load, you’ll be using up that expensive detergent faster than normal. And, unless you’re airdrying clothes, you’ll be using the dryer more often too, eating up more energy.

So, we recommend filling the washer in the ½ full to ¾ full arena. That’s the sweet spot, but that doesn’t mean pushing clothes down to make room for more, either).

Another good method? Checking your owner’s manual for the optimal weight range. Then, throw your laundry in a mesh bag and put it on a scale to find out the weight and adjust (adding or removing clothing or other items) until you have the ideal weight. After doing this a few times, you’ll be able to simply eyeball a load and know if it’s too much or not enough.

Want to learn more about washing machines? The Express Sewer & Drain blog has you covered! Check out these blogs for more:

We hope you’ve found this blog informative! By properly loading your washing machine, you’ll spend less money, your appliance will last longer, and your clothes will be cleaner. Of course, even with the perfect washing machine load, appliances can still have problems. If you’re having issues with your washing machine, the experts at Express Sewer & Drain in Sacramento can help. Contact us for all your plumbing needs in the Sacramento area.

P.S. Here’s another secret: Do your laundry before 4 p.m. or after 7 p.m. to reduce those water bills. Many energy companies charge extra for electricity during their “peak hours,” which see increased energy usage.